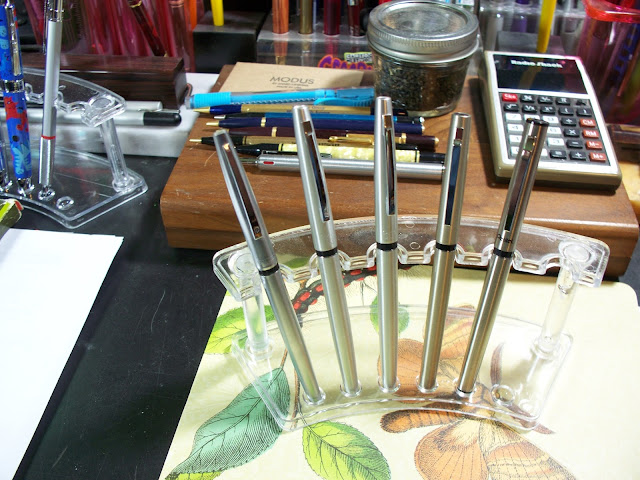 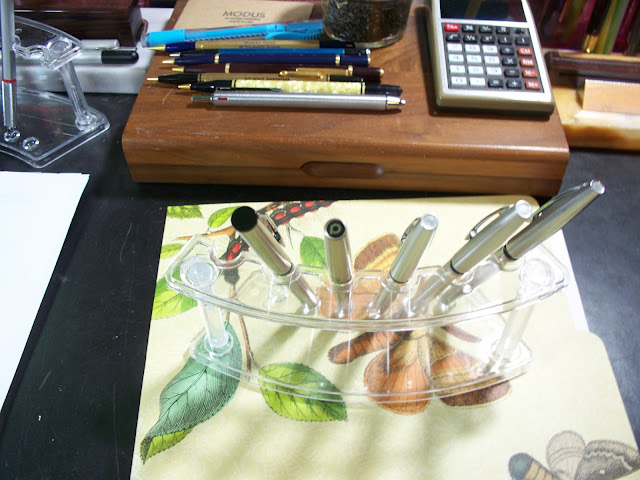 Here are the tops of the five R-3. All these pens use the Pentel MG8 refill and can be bought at many different places to include EBay. Add all these great pens to your collection.
Posted by My Supply Room at 3:00 PM