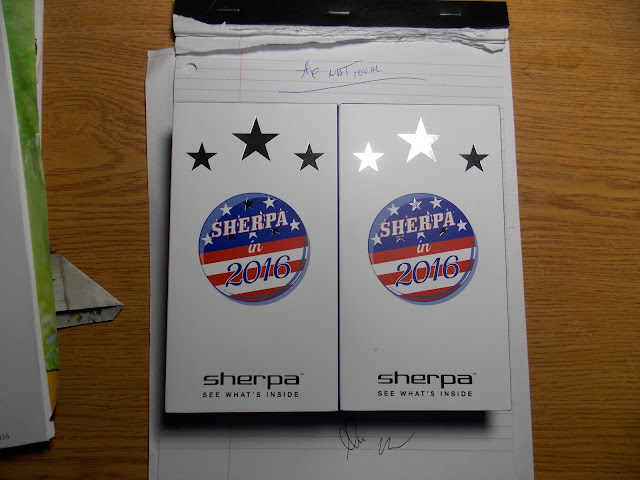 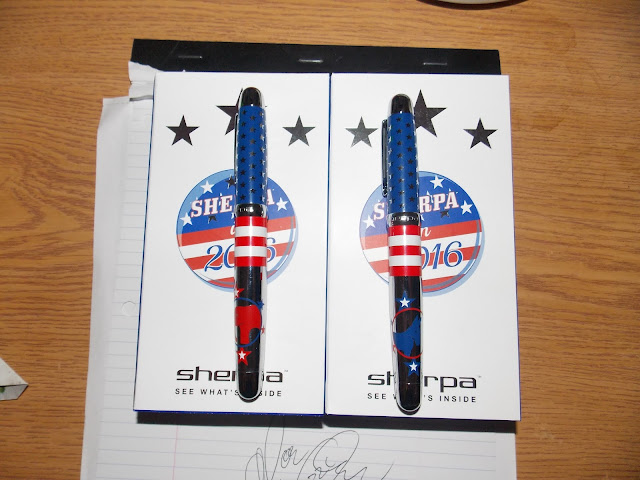 Here are the pens. On the left is the Republican pen and on the right is the Democrat pen.  Hillary vs Trump. What a battle. As with all these new Sherpa pens they come with two refills one a Sharpie and one made by sherpa just for the sherpa pen.  Add them both to your local elections.
Posted by My Supply Room at 2:19 PM