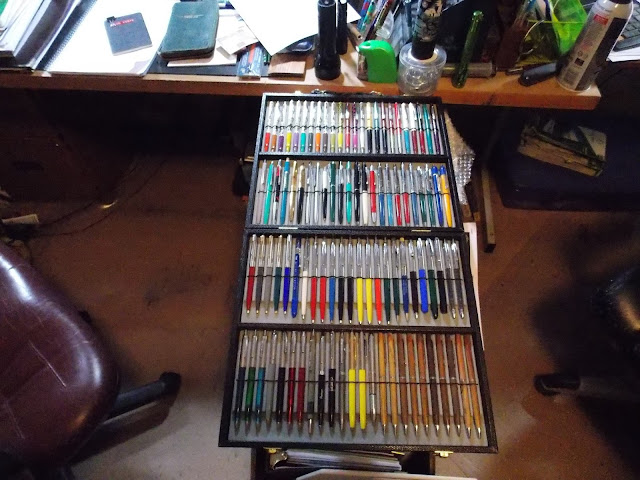 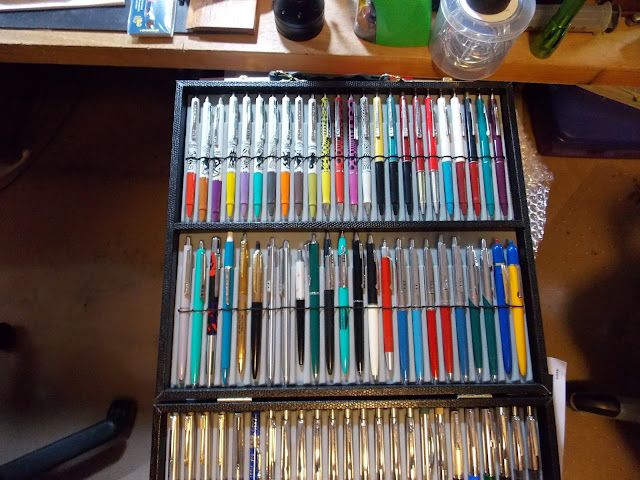 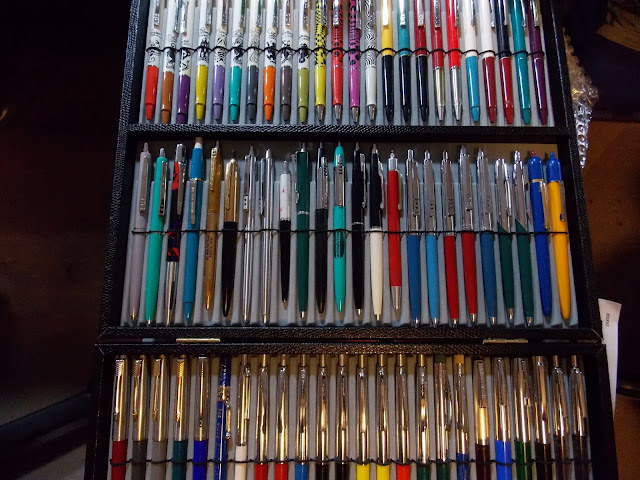 Second row has older Papermates to include Malibu, Holiday, Lady Capri, Epic, Profiles and more Capris. Last two in the row are Wearevers.The red one in the middle was the first clic Papermate made which was 1950 to 1953. I put a new refill in it and it works just fine. 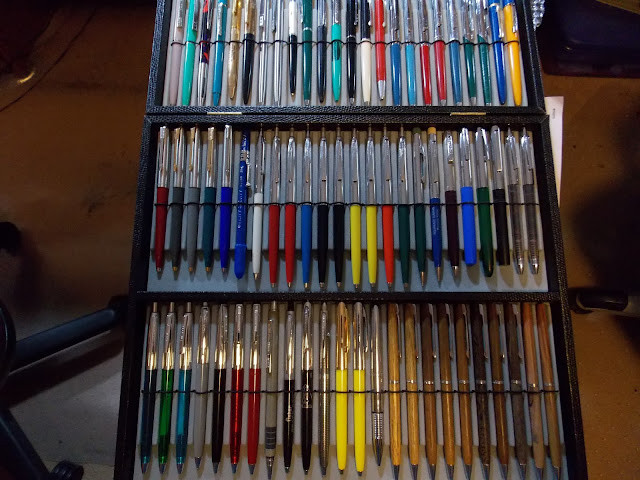 Third row are Parker 45s, a few Lindys with the rest being Sheaffers. Forth row starts with Sheaffers, Fisher Space Pens and last are some of my Hallmark Wooden Pens and Pencils. Add them all to your collection.
Posted by My Supply Room at 2:21 PM