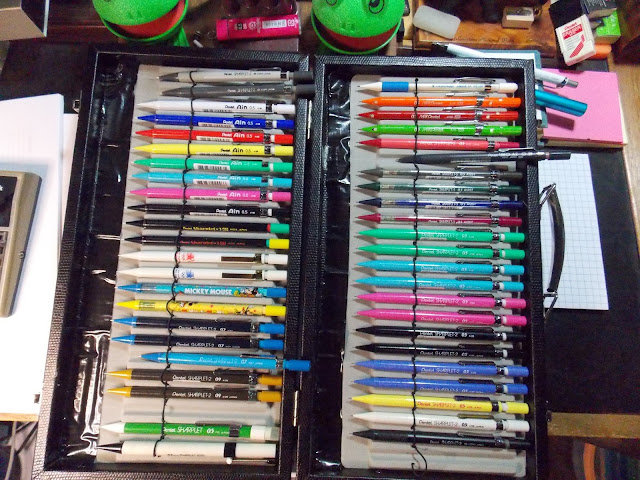 The Sharplet collection is coming along just fine. Have added at least sixteen new pencils. I am now out of space. 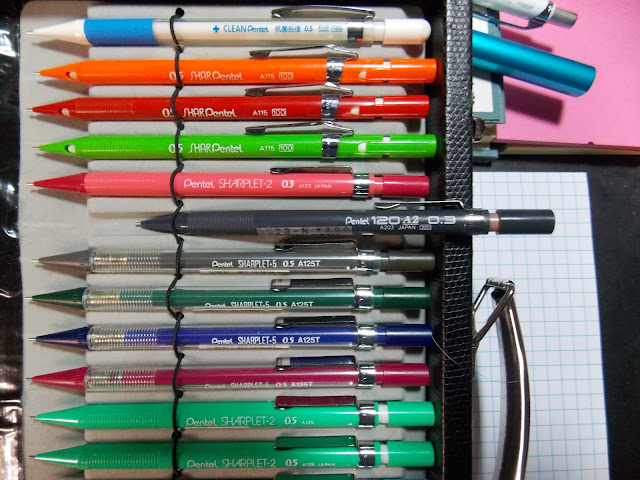 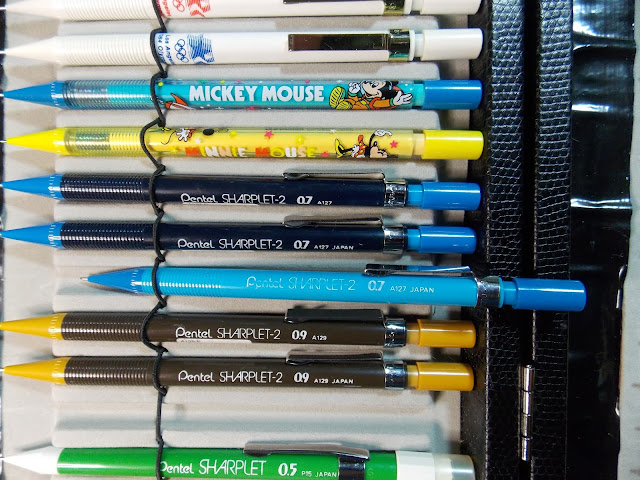 Added two Sharplets from Walt Disney and the rare blue on blue 0.7mm pencil. You will see two 0.7 and 0.9 pencils. They are different. One has the word Japan after the A127 and the A129 and the others do not. 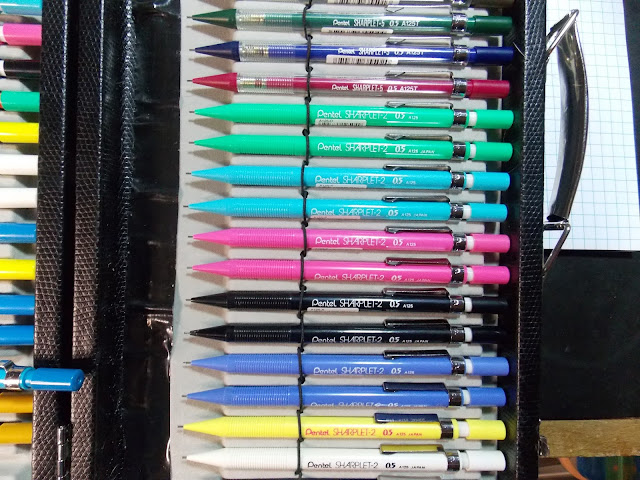 Here we have five sets of pencils with one having the A125 and the other has A125 Japan. Based on this I am still missing some pencils. 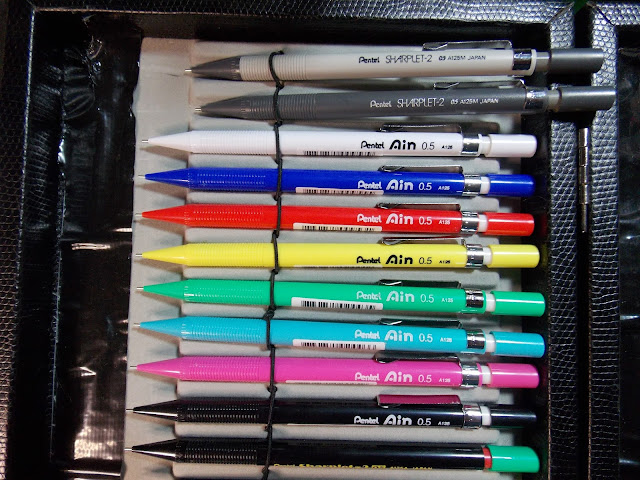 Here is a complete set of Aim 0.5mm pencils. Eight in the set. These pencils don't have Japan after the model. 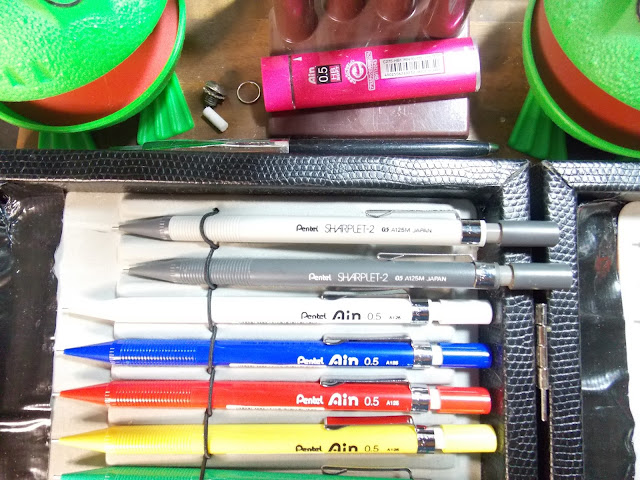 Here are two pencils with the Japan after the model so I am missing the without. The hunt continues. Add all these great pencils to your collection.
Posted by My Supply Room at 6:44 AM